The Idea Of Him

The Idea Of Him

It’s incredible what 6 years can do to love. The shape it can take. What you feel love is in the early moments, early days – and then the transcendent truth love becomes.

6 years ago today I was going on a first date. A first date that I truly felt was going to be different than all the first dates before.

Not unsurprisingly I was sick. I had strep. An ear infection. And was on antibiotics.

Clearly the makings of a true love story.

But I had been talking to a guy. A special guy. It felt right. It felt natural. Dare I say, it felt meant to be.

Numbers don’t matter, but let’s just say the amount of firsts I had been on prior to this one – a movie could have been created from.

All that said. This was not going to be that. I could feel it deep, deep inside.

I loved the idea of love. But truth be told, my history wouldn’t show it. Flings too numerous to count, but nothing meaningful. Nothing that proved to me that love exists. I had been craving it for so long but was becoming certain it might not be mine to have.

Often discouraged, frequently disappointed – I questioned whether it was worth the effort, worth the struggle to keep searching.

So strep and an ear infection, ailments that debilitate me far too frequently were not keeping me from this date. This date, that the mystery man didn’t realize, was Valentine’s Day.

I often think about the movie sliding doors, I’m not sure I’ve actually ever seen it. But the concept at least. The concept that any step or any misstep or any different step can and will alter the course of your future, rings all too true to me. I was not going to risk what could happen if I didn’t take that step, that day, that moment, with this guy.

So just like Gwyneth Paltrow – as she stepped off the subway platform, and onto the train, the doors shut behind her; on February 14th, 2013 I stepped onto the M14, heading south, unable to swallow, deaf in one ear and the doors closed behind me.

Closing the doors on my history, and my worries, and my loneliness. And opening doors to a world that never in my dreams, never in my wildest fantasies – would I believe would be mine. 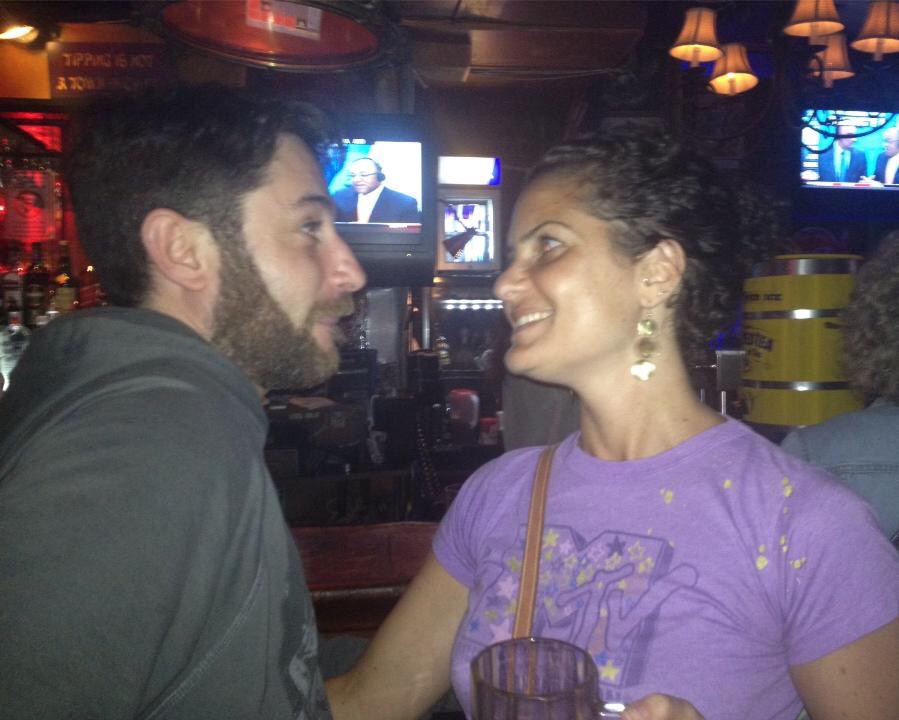 Login to It’s Conceivable (TM) by Rebekah Rosler
Reset Password
Enter the username or e-mail you used in your profile. A password reset link will be sent to you by email.